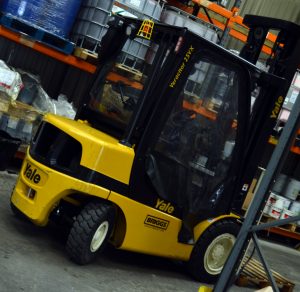 A seafood processing company that instructed a packer to carry out maintenance work on the factory’s gutters but failed to provide him with training has been sentenced.

Lincoln Magistrates’ Court was told that the Fishgate worker was raised up inside an unsecured box by a forklift truck driver so he could paint the gutters and downpipes on the outside of the factory in Brookenby, Lincolnshire.

The box tipped forward and he fell about 6 m, sustaining a dislocated arm, cracked pelvis, shattered leg and broken foot.

The Health and Safety Executive (HSE) found the work had not been properly planned or supervised and no equipment, training or advice on how to safely carry out the work had been given to the worker before the accident on 16 July 2013.

Fishgate supplied ready meals to retailer Iceland before it went into administration in December 2016. It was found guilty of breaching s 2(1) of the Health and Safety at Work Act and has been fined £100,000 plus costs of £19,000.